The Wizards Return: Alex vs. Alex

The special was announced on September 17, 2012, and was shot from October 22 to November 10, 2012, in California. It was executive produced by Selena Gomez. While David Henrie originally planned to star in the special, he declined because he wanted to move on to his acting career. He was mentioned many times in this special. Even though the series ended, this movie was in production before they ended the series, making this the very last project of Wizards of Waverly Place. It first aired on March 15, 2013.

The Russos are headed to Tuscany, Italy, to meet their long lost relatives. However when Alex is sick of always being corrected by her family, it leads her to split herself in half: The evil part of her contained in a mirror, while she is now completely good. But trouble arises and the mirror shatters, releasing her evil doppelganger. Her evil self now teams up with an evil charming wizard to help with his plan of world domination. Now Alex must face herself to save her family, friend, and boyfriend. Will Bad Alex succeed?

Jerry gets a call from his cousin, Carmela, who lives in Italy. Alex doesn't want to fly on a cheap airplane, so she uses magic to take them to Italy, by using her wand to create a door that directly leads there. Her parents tell her using magic for selfish pleasure is unacceptable and brag about how Justin would never have done such an act. Alex perceives this as how Justin should have become the family wizard instead of her. Alex leaves & sits by herself on Jumbo-Tron where she is advised by Dominic to smooth out her rough edges. Mason tries to cheer her up with a sophisticated picnic of pooched salmon. Alex turns it into a country styled fried chicken buffet, causing Mason to leave after calling her selfish. Alex decides after a talk with Harper to split herself. Harper feels unsure about this decision, but Alex goes through with it. Eventually, Bad Alex breaks the mirror and escapes to Italy. Alex, along with her family and Harper, visits Jerry's relatives from Italy.

Evil Alex finds a wizard named Dominic who gives her a magical charm bracelet of five gems to trap Alex's family and friends in. After Max, Theresa, and Jerry are trapped, Alex discovers that Dominic is also evil. Once she finds Bad Alex and Dominic at the top of the Tower of Pisa, Harper is trapped in a charm. Good Alex decides to find Mason, but Mason is mad because he thinks she has feelings for Dominic. Not long after, Bad Alex appears and deceives Mason into thinking she is Good Alex. Mason follows Bad Alex, but Good Alex catches up. However, Alex is too late and Mason has already been trapped in a charm. Dominic's relation to Gorog is revealed, as well as his plan to trap all mortals in beads and rule over his new mortal-free world.

He plans to trap all of the mortal worlds in his charms, so he and Bad Alex can rule a new Wizard World. As Good Alex is about to undo the spell, she is flashed out by the Crystals of Justice to a mysterious place in the Wizard World. Believed to be responsible for Bad Alex's actions, she is sentenced to death for planning to take over the world and she is put into a cell where she will wait for her sentence to be carried out. It is shown thereafter that Mason had managed to escape from his charm since Dominic had accidentally cracked his bead, and he then rescues Good Alex and they return to the Leaning Tower of Pisa. Bad Alex flashes out when they appear, and Good Alex decides to chase after her.

Mason stays and fights Dominic. Good Alex has finally defeated Evil Alex and returns to the Tower of Pisa, but Bad Alex flashes in. Dominic puts a wizard tap spell on Mason to knock him out. Good Alex resumes a spell to release those from the mortal world from the charms. The screen is transferred to Dominic, who tosses the charm bracelet off the Tower. Good Alex sprints to the side and brings her family and Harper to safety. Then, Mason wakes up and pushes Dominic off the top of the Tower when Dominic flirts with Good Alex. Bad Alex reappears, but Good Alex decides to use a spell that takes away her powers forever, erasing Bad Alex from existence. Both Alex and her evil counter-part are re-united into her original self.

The movie ends with the whole family, Mason, and Harper in front of the magical crystals. They decide that because of Alex's nobility in taking away her powers, her sentence will be lifted. After seeing her thanking Harper for accepting her of who she is, the crystal gives her back her powers believing that she deserves to get it back. The crystal acknowledged that she has changed into a mature, appreciative wizard. In the epilogue, when the Russo Family goes back they find their place destroyed by Bad Alex and Good Alex. Harper and Alex decide to stay in Italy for a while.

The special was released exclusively on DVD on June 25, 2013 in a release that included the hour-long final episode of Wizards of Waverly Place, "Who Will Be the Family Wizard?" as a bonus feature. The actual special was presented in its original 1.78:1 aspect ratio, with English, Spanish and French audio and subtitle tracks.

Differences between other episodes 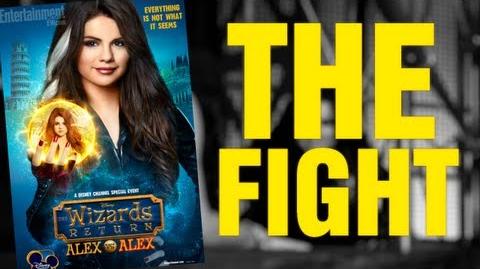 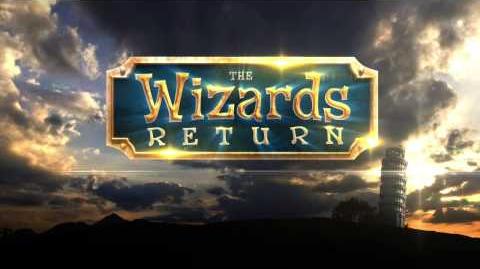 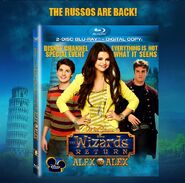 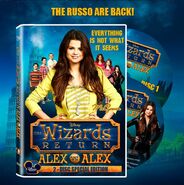 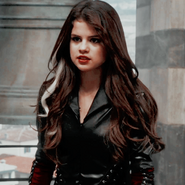 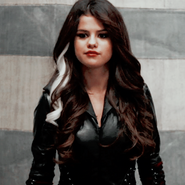 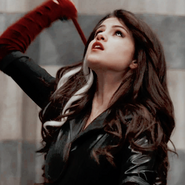 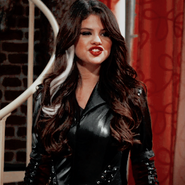 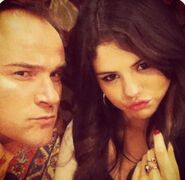 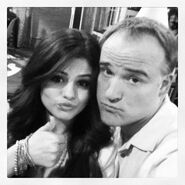 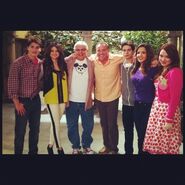 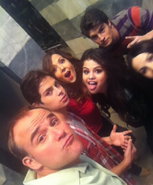 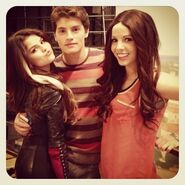 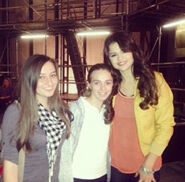 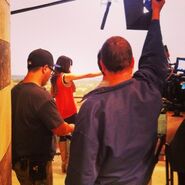 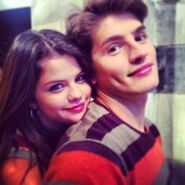 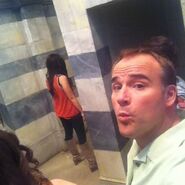 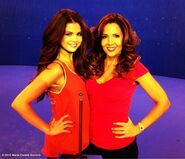 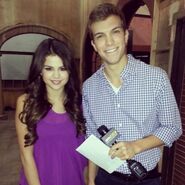 On the Set of The Wizards Return- Alex vs. Alex with Selena Gomez - Radio Disney