"Saving WizTech (Part 2)" is the seventh episode of season two of Wizards of Waverly Place, and the 28th of the overall series. It first aired on October 26, 2008.

In the second part of the two-part Wizards of Waverly Place special, "Saving WizTech", after her enrolling in WizTech, Alex realizes her new crush, Ronald, has kidnapped her former boyfriend, Dean and put him into jelly. Before she knew this, Ronald invites her to a game of tetherball on the Tower of Evil, which causes her to turn evil. Before it is too late, Alex realizes that Dean was the one she truly loved which turned her back to normal. Now, Alex, Max, and Justin must team up to save WizTech from falling into the hands of evil Ronald and his not-so-evil father. Meanwhile, Justin is concerned with all the Wiz World advertisements (which the Wiz World executives tricked him into putting all over the school in exchange for removing the plastic balls) that have been corrupting his school work. 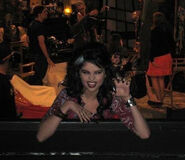 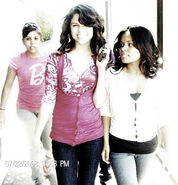