Nelvis is a former student from Justin's delinquent class.

Nelvis is much younger than the other students but was placed in their class for unknown reasons. According to him, he is "just the son of a wizard plumber". He starts class the same day as Rosie, and first first appeared in the episode "Everything's Rosie for Justin". 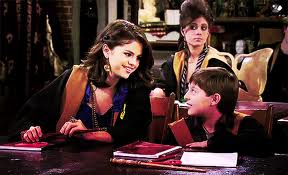 Due to his small size, he is oftened treated like a child by girls, such as when Alex pinches his cheeks.

Retrieved from "https://wizardsofwaverlyplace.fandom.com/wiki/Nelvis?oldid=25260"
Community content is available under CC-BY-SA unless otherwise noted.