Start a Wiki
The Monster Hunter Council is a worldwide organization and network of people to help protect Wizards and non - wizards from danger caused by unregistered Monsters. They capture unregistered monsters from the non-magical worlds before they expose wizardry.

On the episode "Three Monsters" while taking his monster hunting course, Justin gets a reading of three level 6 monsters being on Waverly Place after reporting the monsters not knowing he just reported his own girlfriend (Juliet) and her parents . Two 'professional monster hunters arrives by calling Justin and teleporting since the portal was blocked by Justin to buy sometime to plan how to save Juliet and her parents from going to monster jail . After chasing Harper thinking she was a vampire since Alex switched Juliet's and Harper's clothes and scent meanwhile Alex found two monsters created by Justin on previous episodes like Franken Girl and unnamed robot then the third monster was just a watermelon with a wig used to practice spells with then one of the monster hunter said she had read about it and they must be taken down immediately then punched the watermelon and then asked Justin to talk with them in private because They thought Justin only captured two monsters and tried captured another one but failed too so he made up one to impress them. 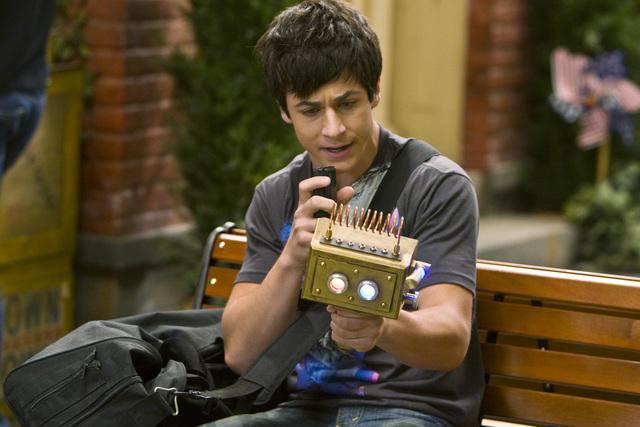 Retrieved from "https://wizardsofwaverlyplace.fandom.com/wiki/Monster_Hunters?oldid=58336"
Community content is available under CC-BY-SA unless otherwise noted.