"Franken Girl" is the first episode of season three of Wizards of Waverly Place, and the fifty-second of the overall series. It first aired on October 9, 2009.

Justin is irritated that Alex keeps going into his room and getting stuff without permission. To prevent this from happening in the future, he creates Frankie Stein. He uses his laptop's motherboard (Max was supposed to get him a brain, but wasted the money on a key chain), but his plan backfires when Alex shuts Franken-Girl down. Justin uses a spell to make Franken-girl Alex's best friend, but again his plan backfires when Alex and Franken-girl become fast friends. He finally uses a spell to make Franken-girl a cheerleader, ending up with Alex finally have an extra-co curricular and being flown into the roof because of Franken Girl. 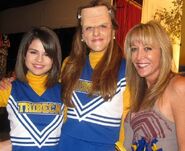 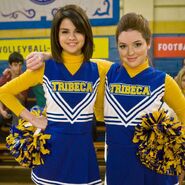