Back to page
View source

"Family Game Night" is the twentieth episode of season two of Wizards of Waverly Place, and the forty-first of the overall series. It first aired on April 26, 2009.

The Russo's are having a family game night, even though their old game night turned into a disaster when they were playing charades. Justin, however, supports this, hoping to scare off a very clingy girl who he doesn't like. Meanwhile, Alex and Harper get their brains mixed up. So their Mom and Dad know something is up. 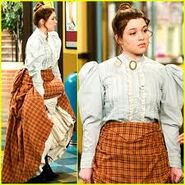 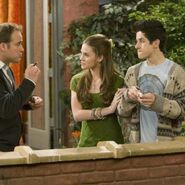