"Fairy Tale" is the 12th episode of season two of Wizards of Waverly Place, and the 33rd of the overall series. It first aired on January 25, 2009.

Justin casts Harper as Tinker Bell when he directs a school production of "Peter Pan", but Alex must play the role when Harper falls off the stage. Alex tries to escape out of her duty by attempting to throw herself off the stage like Harper but fails. She then gets the help of a real fairy called Flutter to play her part, but she gets busted. Meanwhile, Max tries to write a review of the play. 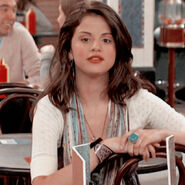 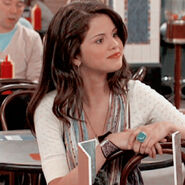