Disenchanted Evening" is the fifth episode of season one of Wizards of Waverly Place, and the fifth of the overall series. It premiered on November 9, 2007.

Alex meets fellow wizard T.J. Taylor at school, who charmed his parents with magic to let him use magic anytime he wants. This is what Alex wants from her more conservative mom and dad; in a twisted turn of events, Jerry and Theresa are charmed by a noodle kugel to obey Alex's wishes, but Alex soon gets worried for them and tries to get them back.

Alex, Justin and Max are leaving for school and Theresa tells Alex to put a jacket on which she does by means of a spell. Jerry tells Alex she can't just use magic for things like that or she will continue to cheat though life, and then end up in jail. Then he makes her go upstairs, take off her jacket, come back down, and put it back on. Willing to do anything from 'going to jail', Alex

obeys. Max is showing Theresa and Justin his Mars project, though it's just a box of sand. When Alex comes down and leaves the Sub Shop, she sees T.J. trip over, but use magic to stand upright and pick up his books, and zap to school.

At school T.J. is getting bullied by some older guys who squirt yogurt at him. When no-ones looking, T.J. goes to his locker and picks out a new shirt, zapping it on himself. Alex sees and confronts him about it and tells him she's a wizard too. T.J tries every method to prevent from revealing his identity, but fails. They talk about it and T.J. says his parents let him use magic whenever he wants to as long as no-one finds out. After school, Alex tells Justin about T.J. and says they need to get their dad to let them use magic whenever they want. Later on, Alex talks to Jerry, at his happiest moment when he's sitting on the couch rubbing his stomach, about letting them use magic whenever they want. Jerry says no. When Theresa finds out, she says she'd like to meet T.J.'s parents to compare notes. At school, Alex says T.J.'s parents should convince hers into letting them use magic whenever they want and Justin says it just won't work. T.J. explains how he charmed his parents so that whatever he did, they'd go along with it.

Max presents his Mars project to Theresa, which is just him in an alien mask on a ride called Trip To Mars. Jerry says he's going to tell T.J.'s parents what they're doing wrong, just as they zap themselves into the house. Alex takes T.J. to the lair, and he explains how the noodle kugel his parents brought over has the charm he put on his parents in it. Jerry and Theresa eat the kugel and Justin is shocked to hear them talking about how magic free will is okay. The next day, Alex doesn't know what to wear to school, so zaps a catwalk into the Sub Station to ask Theresa before zapping herself to school. Justin rushes in nearly late to school, and Alex doesn't understand why he didn't just use magic. Max says his teacher hated his Mars project, so Alex zaps him and Justin to Mars. Justin is still unsure about using magic anytime he wanted, so Alex says how it's fine because their parents are charmed. Justin zaps them back home, accidentally leaving Max, and taking the Mars Rover with him. They realize they left Max on Mars and Alex is upset Theresa and Jerry doesn't care about that. Because of this situation, she realizes she wants rules again because she's scared. Alex goes to Mars to get Max back while Justin goes to his thinking chamber (his bedroom) and finds out cocoa power in brownies could reverse the spell. Justin makes brownies and let his parents eat it. Jerry and Theresa snap back to their old selves. Later, Jerry and Theresa make T.J.'s parents eat brownies and them too, snapped back to normal and began to get mad at T.J. 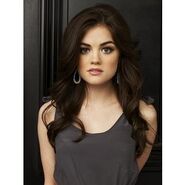 Add a photo to this gallery
Retrieved from "https://wizardsofwaverlyplace.fandom.com/wiki/Disenchanted_Evening?oldid=57116"
Community content is available under CC-BY-SA unless otherwise noted.