The topic of this page has a wikia of its own: Bridgit Mendler wikia.

Bridgit Claire Mendler (born December 18, 1992 age 21) is an American actress,singer,musician and songwriter. She played Pamela in Alice Upside Down in 2000, and is playing Kristen Gregory in the movie version of The Clique.

She also plays Penny in Disney Channel's JONAS, Teddy Duncan in Good Luck Charlie, the main character, and Juliet van Heusen on Wizards of Waverly Place and she also appeared on Labor Pains as Emma Clayhill, Alvin and the chipmunks: The Squeakquel as Becca Kingston and Beverly Hills Chihuahua 2 as Marie Appoline Bouvier and she signed with Records Hollywood Records in 2011 and released her debut album Hello my name is... in 2012.

Bridgit Mendler left Wizards of Waverly Place in the episode Wizards vs. Werewolves due to the filming of her new Disney sitcom Good Luck Charlie. Selena Gomez has said that Juliet and Mason are not done with. Bridgit Mendler also sang the theme song for Tinker Bell and the Great Fairy Rescue, called How to Believe. She also stars on as Teddy Duncan Good Luck Charlie. She recently starred in Lemonade Mouth as Olivia. 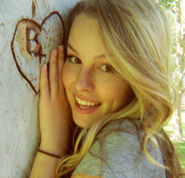 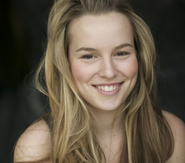 Retrieved from "https://wizardsofwaverlyplace.fandom.com/wiki/Bridgit_Mendler?oldid=55863"
Community content is available under CC-BY-SA unless otherwise noted.